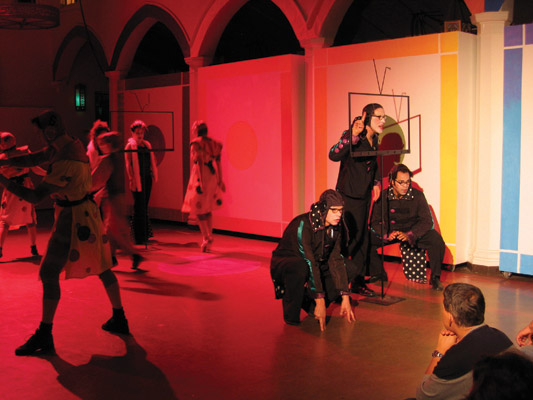 Orpheus had musical gifts.
Persephone, Queen of the Underworld, was so moved by them
that she allowed Orpheus into the shadow realm to retrieve
his kidnapped wife, his muse Eurydice...
with one stipulation, "Don't look back!"
Never look back.
Through commissions, grants and corporate engagements, Orphean Circus works as a multi-talented collective,
creating and presenting unique, whimsical-surrealist, music theater and video arts and entertainment.

"My mission is to engage the mechanics and components of holistic community building
in order to create a  compelling physical and psychic space for all to make and experience
an inspired manifestation of performing arts." - Ken